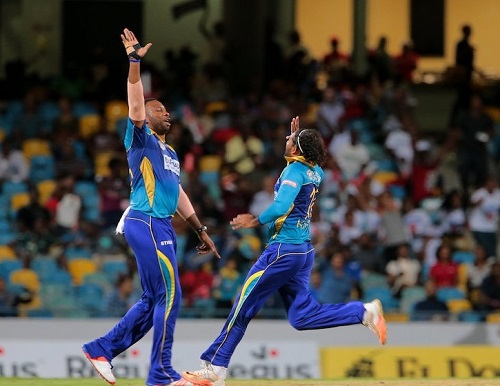 Team Barbados is going through an average 2016 CPL season as they have won and lost 2-2 games while one match ended at no result in played 5 games so far. The last game against Trinbago Knight Riders, BT lost it because of their weak bowling performance. Tridents are relying a lot on AB De Villiers who is playing well but not much big innings. Kieron Poolard & Co. can not only rely on Mr. 360 degree to perform.

On the other side, St. Lucia Zouks have played just 3 matches in the tournament so far which less than any other side in the competition. Zouks are having some terrific twenty20 cricketers who can turn around match at any instant. Shane Watson, David Miller, Michael Hussey and skipper Darren Sammy are crucial players in the roster. Fast bowler Jerome Taylor can also get a chance to play against Barbados as he hasn’t played cricket so much these days after taking retirement from international cricket.

“Zouks of all the teams have the least games played so far so we are still in good stead. We can’t get too disheartened too early because there is a long way to go for the Zouks. This game is very important because you want to go home with a win under your belts to boost the confidence somewhat,” Taylor added.

St. Lucia Zouks looks favorite to win against Barbados Tridents and as per our predictions, Zouks have got 60 percent winning chances over Tridents.

The live score of Barbados Tridents vs St. Lucia Zouks cpl t20 2016 18th match will be provided by espncricinfo.com and cricbuzz.com.

Previous: Morkel, Malinga to feature in PSL-2 Draft
Next: When Sunil Narine bowled first maiden super over of T20 cricket