The first round matches of 2016 world twenty20 championship have been concluded and we are now heading towards the super-10 stage. Group-1 in the second round of event consist title reigning champions Sri Lanka, former wt20 winners West Indies and England, and South Africa teams. Afghanistan also is in this group as they topped Group-B of tournament. 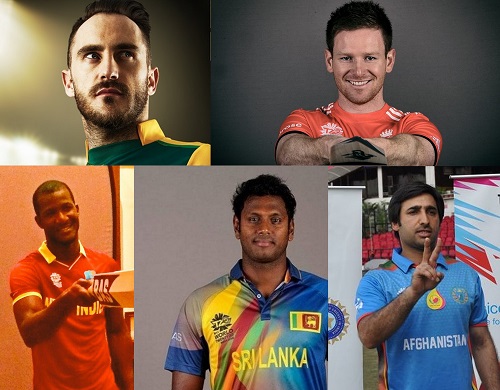 Top two teams from this group will make it through to the semi-finals which are scheduled to play on 30 and 31 March. Let’s have a look at the teams and possibilities which 2 can proceed towards knockouts.

Sri Lanka are the crown defending champ in wt20 event but seems like they are not playing the way a champion team should play. Recently they lost series against by 2-1 against India whereas failed to reach to the final of Asia Cup. Lasith Malinga has stepped down from captaincy before few days in the start of world t20. So lots of things are need to be solved in Sri Lankan side.

However team will be depending on Dilshan, Mathews, Chandimal, Perera and Herath. They are experienced players and need to perform if Lanka wants to compete in the group. Lahiru Thirimanne’s inclusion in the side has really made impact in the middle order. Kulasekara, Shanka, Malinga, Lakmal and Herath will be key bowlers in the tournament.

Possibility for making into semis: 15%

The Caribbean side is having good experienced T20 cricketers for this competition. Chris Gayle, Dwayne Bravo, Darren Sammy, Marlon Samuels, Denesh Ramdin will be the key players for Windies to perform better in the event. West Indies could be more dangerous side if they had Sunil Narine, Kieron Pollard and Lendl Simmons. But team is having some good young talent.

Carlos Brathwaite, Evin Lewis, Ashley Nurse can show their talent if get chance to be a part of playing Xi. However Gayle, Bravo and Sammy are the most vital parts of WI side.

Possibility of making into semis: 20%

Proteas are one of the strongest sides in the world t20 2016 tournament and will be favorite to make into semis. They are highly motivated after playing good cricket series against Australia in the first week of March. South Africa defeated India in warm up match, hence they must be having good morale for the WT20 championship. Captain Faf du Plessis has been performing well as a leader and top order batsman.

Possibility of making into semis: 30%

England had worst cricket world cup event last year but the way team has progressed after it, it is tremendous. Captain Eoin Morgan has been leading the side very well and in this competition they are one of the favorites to win. English side defeated strong Kiwi team in the warm up match which is very good win for them ahead of main matches in wt20.

Possibility of making into semis: 30%

Nobody would have thought that Afghanistan would be in super-10 but yes they are in. They have played good cricket in first round and they have won all the matches played in the event so far. Afghanistan will now be having good challenge and competition in the wt20 as they have to face top cricketing nations. Noor Ali, Mohammad Nabi, Samiullah Shenwari will be crucial again as they are in the good form.

Possibility of making into semis: 5%

As per Twenty20Wiki.com’s predictions, South Africa and England teams are favorite to qualify for ICC World T20 2016 semi-finals from Group-1 of championship.