New Zealand are scheduled to meet hosts India in the first match of super-10 round of T20 cricket world cup 2016 on March 15 at Vidarbha Cricket Association Ground in Nagpur. This is the 13th match of wt20 in Group-2 of second round. Both India and New Zealand lost their last practice matches against South Africa and England respectively.

This is one of the biggest matches of 2016 t20 world cup as both New Zealand and Indian cricket teams are favorite to win the title. But the fact is both sides are placed in the group of Death in competition. Pakistan and Australia are also in the same group and only top two teams from the group will make it through to the semi-finals. Hence both teams will be desperate to start the event with a win. 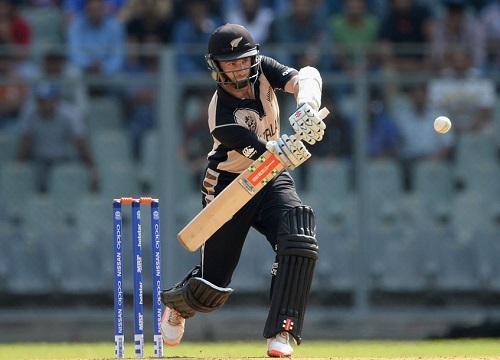 Kiwi team has been playing good cricket for quite long time and are fully confident to win their first ever world t20 title. They are ready to play a tough game against India and their past T20I record against hosts, make them favorite to win on Tuesday. New Zealand have never lost single twenty20 international match versus India. There is only one occasion when these two sides met in a world t20 game which was in 2007. So it will be their 2nd ever meeting in ICC WT20 since 2007.

Kane Williamson is captaining Blackcaps after Brendon McCullum’s retirement. Along with skipper, Martin Guptill and Ross Taylor are the pillars for team. All-rounders Corey Anderson and Grant Elliott provide excellent balance in playing line-up for Kiwis. Colin Munro is one of the key players for Blackcaps as he is such a great explosive batsman towards the end of innings and middle overs. Trent Boult, Tim Southee, Mitchell McClenaghan and Adam Milne are the bowlers to rely on.

On the other hand Indian team is in good form though they lost practice match against South Africa. Shikhar Dhawan, Rohit Sharma, Yuvraj Singh, Virat Kohli and MS Dhoni are in terrific form. Batting line up is quite settled for Men in Blue. The bowling is performing well but it is the only concern for MS Dhoni as bowlers sometimes fail to deliver at the right moments.

As per our predictions, Indian team will be favorites to win against New Zealand and Men in Blue have got 53 percent winning chances over Kiwis.