Biggest T20 cricket summer is set to start in India from 8th March when 16 cricketing nations will be participating in ICC World Twenty20’s sixth edition. It’s a world wide event and many of cricket fans and viewers around the globe will be interested to watch live broadcast and telecast of T20 world cup 2016. 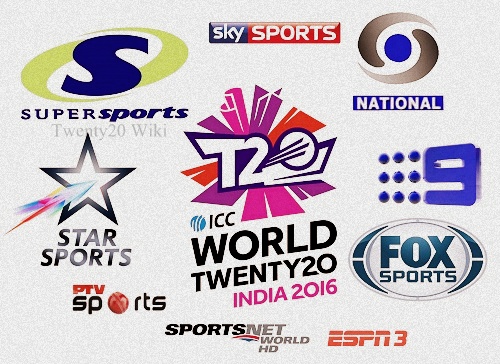 Sky Sports will air live cricket matches in United Kingdom and New Zealand territories. BBC will also provide live commentary, match highlights in UK region. Australia based viewers will be able to catch all the live action on Fox Sports and Channel 9.

Let’s have a look at the complete list of TV channels network for wt20.

There will be 12 first stage games and 23 super-10 round matches played throughout the sixth edition of ICC World T20. In women’s world twenty20 2016 event there will be 23 games played from 15 March to 3 April. So it will be an interesting competition to watch out.