Indian cricket team has defeated Bangladesh in the final of Asia Cup 2016 to claim their sixth Asia Cup crown. Men in Blue won the final by 8 wickets with 7 balls left in the match. Shikhar Dhawan scored 60 runs in 44 balls and Virat Kohli unbeaten 41 runs in 28 balls to lead team towards the big win over Bangladesh in Micromax Asia Cup. (Check: India vs Bangladesh final scorecard) 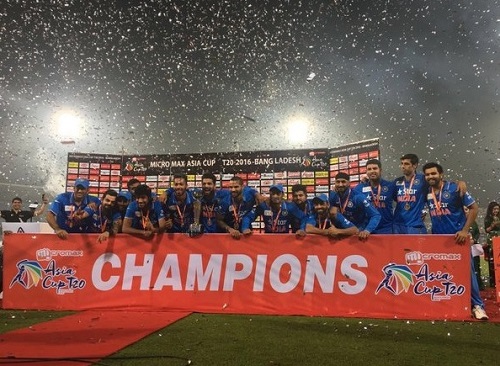 It was the complete day for Indian captain MS Dhoni as he won toss and asked Bangladesh to bat first and put runs on the board a 15 over per side match. Bangladesh got not so brilliant start in the match as they lost two wickets in first five overs of the match when they were on 30. After this Shakib Al Hasan and Sabbir Rahman started to explore runs but after adding 34 runs for the 3rd wicket partnership, Hasan was dismissed by Ashwin.

All in sudden, Bangladesh lost two more quick wickets in 12th over and it was quite difficult for batsmen to score the runs. But as Mahmudullah came to bat, he went after the Indian bowling and hit quick firing 33 runs in 13 balls to put 120 runs on the scoreboard for the loss of 5 wickets in 15 overs. 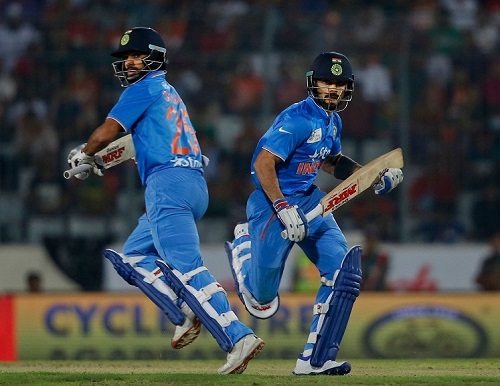 It was an easy target for inform Indian batting line-up and team achieved the target successfully in 13.5 overs for the loss of just 2 wickets. Dhawan made 60 to set the platform for batsmen where Kohli and Dhoni could finish the things. Captain cool smashed 20 runs in 6 balls to win Asia Cup T20 for India. Shikhar Dhawan was given Man of the Match for his match winning innings whereas Sabbir Rahman was awarded Player of the Series.