The blockbuster game of 2016 Micromax Asia Cup between arch rivals India and Pakistan is scheduled to play on 27 February at Shere-E-Bangla international stadium in Mirpur, Dhaka. India vs Pakistan t20 cricket match live telecast will begin from 19:30 local time, 19:00 IST and 18:30 PKT. 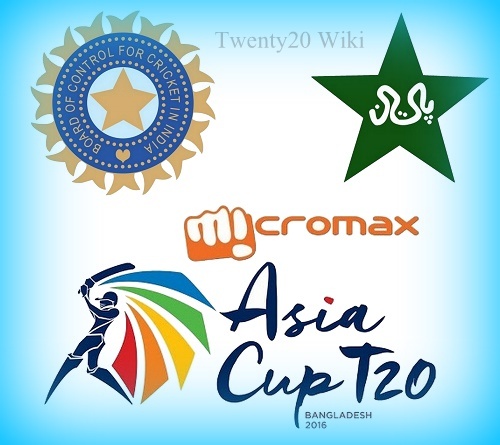 Both India and Pakistan will be desperate to win this match as nobody wants to loss against each other in any match. This will be seventh meet between these two nations in a twenty20 international match. The history between Indo-Pak clash clearly suggests that India dominated Men in Green in previous 6 meets and won 5 out of them. So it will be a big challenge and task for Pakistan team to beat inform Indian team.

Last ever match between Pakistan and India was played in 2015 cricket world cup which was watched by more than 1 Billion viewers around the globe. So we can expect increase in this number on this Saturday’s match. You can also watch India vs Pakistan live cricket match on your television as there are several broadcasting networks which will telecast Ind-Pak match live.

Let’s have a look at the complete list of broadcasters for Pakistan vs India T20 match in Asia Cup 2016.

Pakistan based viewers will be able to catch all live action of this match on PTV Sports and GEO Super from 6:30 PM as per Pakistan Standard Timings.