2016 Asia Cup is the 13th edition of Asia Cup which is begin played in Bangladesh from 24 February to 6 March. It is being played in twenty20 format. Five cricketing nations India, Sri Lanka, Pakistan, Bangladesh and United Arab Emirates are participating in the event. 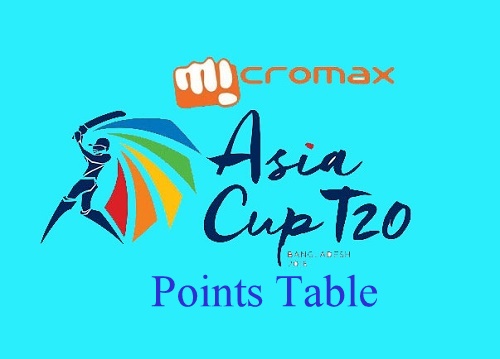 Let’s have a look at the position of teams in Asia Cup 2016 points table. Top two teams will play final on 6th March at Sher-E-Bangla stadium in Dhaka.