Two big cricketing nations India and Australia have got a fascinating rivalry against each other in ICC World Twenty20 championship whenever two teams meet each other. Australia face-off India first time ever in the semi-final of inaugural T20 world cup in 2007. India beat Australia in that match by 15 runs to enter in the final and later on win championship. 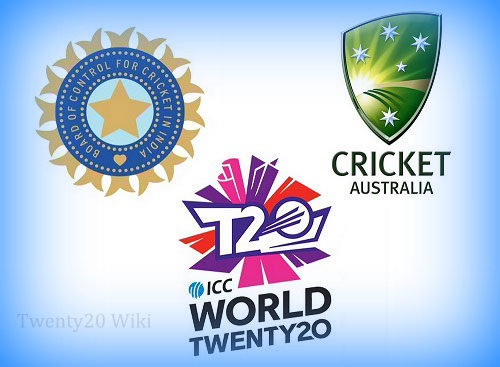 Since then India and Australia have faced off each other on 5 occasions in world t20 championship. Men in Blue have got edge over Aussies as they have won 3 games compare to Australia’s 2. The latest ICC WT20 match took place between two nations in 2016 event in which India defeated Australia by 6 wickets to seal semi-final berth.

Let’s have a look at the rivalry between Australia and India in Twenty20 world cup.

Previous: India or Australia; Who will qualify for world t20 semi-final?
Next: Semi-Final line-ups for Twenty20 world cup 2016