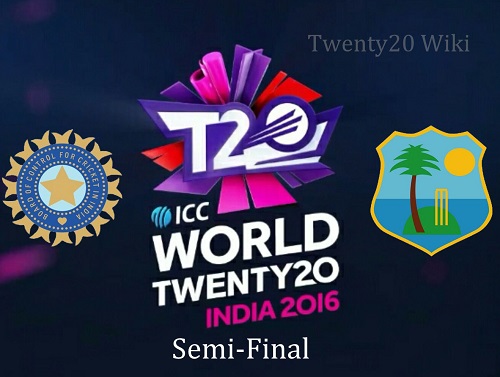 West Indies cricket fans and viewers in Caribbean territory can tune to ESPN network to catch up the live coverage of 2nd semi-final match in ICC World T20 2016. United States based viewers will be able to watch live streaming online on www.willow.tv.

Australia based viewers can tune to Channel 9 and Fox Sports to watch India vs West Indies live broadcast. Live streaming will be shown online on www.foxtel.com.au.

Let’s have a look at the full list of broadcasters for second Twenty20 world cup 2016 semi-final match between Windies and Men In Blue.

The live cricket score of India vs West Indies 2nd semi-final match of 2016 world twenty20 will be provided by icc-cricket.com, espncricinfo.com, cricbuzz.com and twenty20wiki.