Pakistan Women’s are set to meet arch rivals India in their second game of women’s twenty20 world cup 2016 on March 19 in New Delhi. Indian women’s won their first match of tournament against Bangladesh women’s whereas Pakistan ladies lost their opening game against West Indies. So it will be a do or die game for Women in Green.

Indian women’s are in terrific form and they have won opening match of event quite easily. Skipper Mithali Raj was batting quite smoothly in that game against Bangladesh. Along with Vanitha, Mithali gave goo start to Indian side and added 62 runs for the first wicket. Hence both openers will definitely looking to do the same again. Harmanpreet Kaur and Krishnamurthy’s finish in the last match and scored quick and firing 40 and 36 runs respectively.

Poonam Yadav and Anuja Patil once again be crucial in the bowling as these two took 2-2 wickets each against Bangladesh. On Firoz Shah Kotla’s wicket, these two bowlers will handy. On the other hand Pakistan women’s will be desperate to win this match and be in the competition alive. 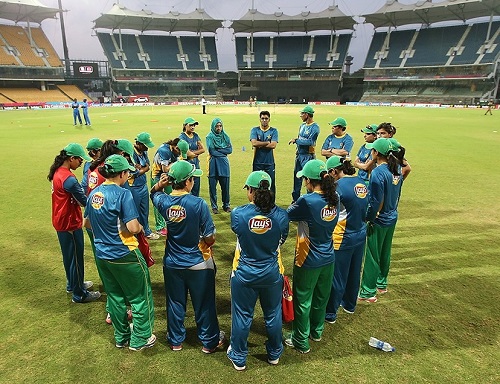 Pakistan women’s batting disappointed a lot in the last match against West Indies. They failed to chase a small target of 101 runs. Ameen, Maroof, Riaz and Ali need to play good innings and score runs if Pakistan ladies want to stay in the tournament. Bowling has been good and once again team will be relying on Anam Amin who took 4 wickets in the first match.

Indian women’s team will be favorite to win against Pakistan women’s and they have got 60 percent winning chances.