However Dwivedi didn’t get lot of chances in 2016 season of Vivo Indian Premier League in which Gujarat Lions stood at the top in the points table but didn’t get into the final. Eklavya played just 4 matches and scored only 24 runs.

As per a top official from GL, both Eklavya and Tye were not the part of major playing XI throughout the tournament. In this 2017 players auction, we’d look for some more good options. 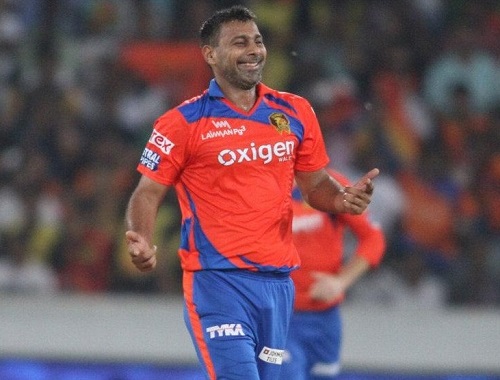 Praveen Kumar is one of the shocking released ahead of auction as he was part of core Gujarat team’s playing 11. But unfortunately he’ll not be a part of GL in 2017 unless owners purchased him again in February’s auction. Praveen had an average 2016 season as he played 16 matches and took 9 wickets.

Gujarat Lions bought Praveen for 3.5 crore INR. He was third most successful bowler for GL. Team succeed to play play-offs of the championship.

It is also reported that Mumbai Indians have released New Zealand’s all-rounder Corey Anderson. Meanwhile Royal Challengers Bangalore have stuck with their main players in the roster.

IPL-10 players auction is scheduled to take place in Bengaluru in February 2017. 15 December was last date for franchises to retain and release players. However still BCCI and IPL governing council yet to release official data.