Ireland Cricket have unveiled the 15-member women’s squad for ICC World Twenty20 2016 in India. Kate McKenna has been recalled in the Irish team for prestigious event. She’ll be playing her first T20I for country after almost 1.5 years as Kate played last match against South Africa in September 2014. Isobel Joyce will be leading Ireland women team in WTt20 2016. 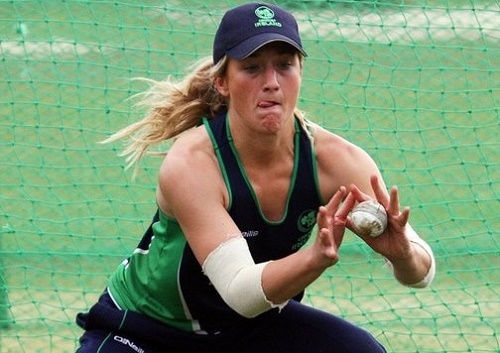 Head coach Aaron Hamilton is happy with the inclusion of Kate McKenna in the side. Hamilton believes that McKenna’s inclusion will help the team to save some good number of runs as she is a terrific fielder.

Coach said, “We’ve gone with the fourteen who performed so well out at the qualifying tournament in Thailand, with Kate McKenna also coming into the squad. Kate is an electric fielder, which is so important in the T20 game, and she will also bolster our batting line-up.”

Let’s have a look at the complete squad of Ireland women’s team for 2016 T20 world cup.

Ireland is placed in Group A of tournament along with title defenders Australia, South Africa, Sri Lanka and New Zealand women teams. are scheduled to play their opening game of World T20 2016 against New Zealand on 18 March at Mohali.

“We have a tough game first up against New Zealand, but the squad has been training through the winter and with three warm-ups against India, Bangladesh and Pakistan lined up, we will be ready,” Hamilton added.