Royal Challengers Bangalore are away from home to face Kings XI Punjab in their next match in Vivo Indian Premier League 2016 on 9 May at PCA stadium in Mohali. Both teams are coming from winning their last game in an exciting thriller as RCB defeated Rising Pune Supergiants meanwhile KXIP beat Delhi Daredevils in the last over of match.

The form Virat Kohli is carrying in this year especially in context of IPLT20, he can really make Punjab bowlers cry on the day. He has smashed 4 fifties and two hundreds in played 8 matches of the tournament so far. In the last game while chasing a target of 193 runs, he hit terrific century to lead his side in a crunch win against Rising Pune Supergiants. 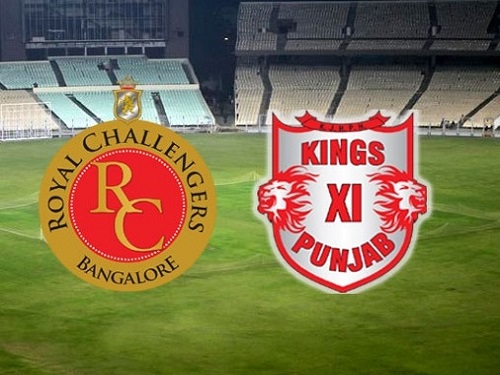 Chris Jordan’s inclusion at the place of Chris Gayle has indicated that team management is not looking to lose any match from now. Bowling has got a bit sharpen from Jordan’s entry in the RCB playing 11. AB De Villiers, Shane Watson, Travis Head and  Stuart Binny have to bat well to support Kohli in the tournament. If Bangalore succeeds to win, they will have a chance to get into the race for qualifier matches to final.

On the other hands, Kings XI Punjab have also got an outside in the 9th edition of Indian Premier League when they beat Delhi Daredevils in the last match. But it seems like they have come back in the event very late and it is almost confirmed that they won’t make through to qualifiers. Maxwell, Saha, Vohra and Miller have to bat very well to take K11P home. Hashim Amla can also help the side to score big runs.

The way Mohit Sharma, Akshar Patel, KC Carriappa and Sandeep Sharma have bowled in the last match against DD, it was remarkable. Mohit was quite impressive with hit terrific line and length in the last overs.

Royal Challengers Bangalore will be favorites to win and they have got 60 percent winning chances over Kings XI Punjab in the 39th game of Indian Premier League on Monday 9 May, 2016.