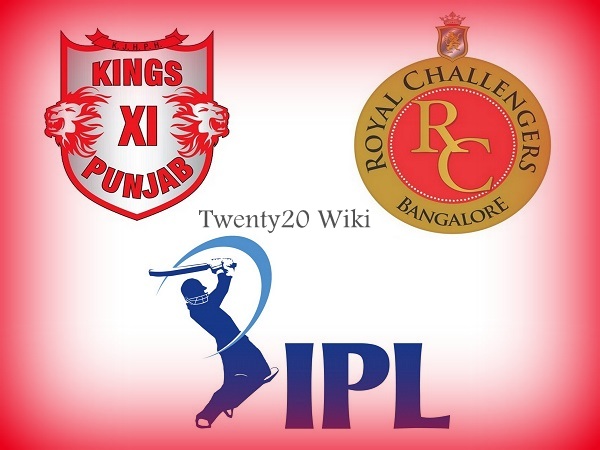 Good things started for visitors KXIP as team defeated Daredevils by 10 wickets in their last match and earned two crucial points to be in the race for IPL 2017 semi-finals. If Kings XI Punjab wins tonight, it would be nice for them and give themselves a chance to be a part of playoffs.

Kings 11 Punjab has got good fast bowling lineup as Ishant, Mohit and Varun are the key bowlers for side. The way Sandeep Sharma bowled in the last match and took 4 wickets, it was fabulous. Martin Guptill and Hashim Amla is a perfect opening pair for the side meanwhile Maxwell, Vohra and Miller strengthens middle order batting.

On the other side, Royal Challengers Bangalore are also depending a lot on batsmen like Gayle, Kohli, Jadhav, Watson and Ab De Villiers who haven’t performed for which they are known. Yuzvender Singh Chahal and Samuel Badree to be key spin bowling options for Bangalore today.

Kings XI Punjab are looking favorite in today’s match against RCB and as per twenty20wiki.com’s predictions, they have got 60 percent winning chances.

M. Chinnaswamy stadium pitch is a batting supportive wicket and there can be lots of fours and sixes in this game of Indian Premier League 2017. The projected score in KXIP vs RCB match is 180 while batting first.