Kings XI Punjab to take on Royal Challengers Bangalore in the game 43 of Vivo Indian Premier League 2017 today at M. Chinnaswamy Stadium in Bengaluru from 8:00 PM IST. RCB vs KXIP match-8 live streaming and online telecast can be watched on hotstar.com for India based viewers meanwhile cricketgateway.com to air live coverage all over the world. 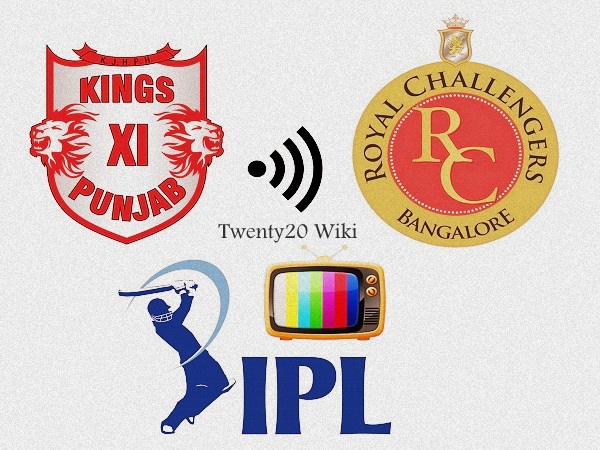 Big match for visitors Kings XI Punjab as they are in the race to make it into playoffs meanwhile hosts RCB have already out from the competition. Kings XI Punjab has done well in new captain Maxwell’s leadership. However team needs good runs from the top of the order that has got South African run machine Hashim Amla, young Manan Vohra and wicket-keeper batsman Wriddhiman Saha.

Martin Guptill’s edition to the playing XI has really boosted the strength of Punjab’s batting lineup. In the last game KXIP beat Delhi easily and all out them on just 67 runs. Then chased down this 68 runs target with 10 wickets in hand. So Kings 11 Punjab will definitely be favorite tonight.

Home team Bangalore will play for their pride as in played 11 matches, RCB just won 2 games while 8 went to lose. Kohli, De Villiers and Gayle have to play well in Chinnaswamy to give fans some joy before finishing group matches.

Composition of both teams and playing XI suggests that KXIP team will be favorite to win this encounter against RCB. As per our predictions, they have got 60% win chances over Royal Challengers side.

The live IPL cricket broadcast of Kings XI Punjab vs Royal Challengers Bangalore match-43 will be aired on Sony Max and Sony ESPN in India. Meanwhile Sony ESPN to telecast match in regional languages like Bengali.

What do you think guys, who will win today? KXIP or RCB?