Sunrisers Hyderabad are set to host Gujarat Lions in the sixth match of Vivo Indian Premier League on 9 April 2017 at Rajiv Gandhi International Stadium. SRH vs GL live cricket match streaming and broadcast to begin at 4:00 PM IST and 10:30 AM GMT. 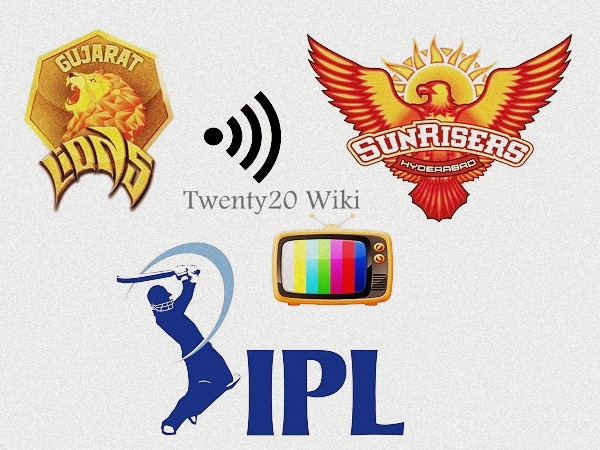 Big for visitors Gujarat Lions as they are coming into this game after facing big defeat against Kolkata Knight Riders in their opening match of season other night. Suresh Raina co. needs to forget KKR match as it really went against them especially the second half of the match where bowlers were treated like club blowers from Gambhir and Lynn.

Hence Suresh Raina and team management will definitely be making some changes to the playing XI for this game. As per expectations Aaron Finch will miss the match and will make way for all-rounder James Faulkner. Jadeja and Bravo will still not available for the selection.

On the other side, home team Sunrisers Hyderabad will look to rule IPL as they are on the winning run since 2016 IPL playoffs. Yuvraj Singh was superb in the opening match of this edition of Indian Premier League. Yuvi and Henriques smashed fifties that helped team to post 200+ score in which Dhawan also contributed vital 40 runs.

Sunrisers to work on their bowling lineup which is having good experience bowlers like Nehra, Bhuvneshwar, Tambe and young Rashid. Bowlers need to bowl accurate to restrict destructive batting of Gujarat Lions. Let’s have a look at the predicted playing 11s for both teams with live streaming and broadcast info.

Current form suggests Sunrisers Hyderabad will be favorite to win against Gujarat Lions in the 6th game of Vivo IPL-10 on April 9. As per our predictions, SRH have got 60% chances.

Gujarat Lions vs Sunrisers Hyderabad 6th match of IPL-10 to be streamed live online on www.hotstar.com. To catch live coverage on TV, you can tune to Sony Max and Sony Six from 16:00 as per Indian Standard Timings.

Live IPL T20 cricket match score will be provided by espncricinfo and cricbuzz.