Two times Indian Premier League champion Kolkata Knight Riders will be on their 3rd title in the ninth editiion of championship beginning from April 9. KKR won IPL in 2012 and 2014 under Gautam Gambhir’s captaincy and will play again under his leadership.

There are some terrific batsmen, bowlers and all-rounders in Kolkata Knight Riders team for 2016 IPL. Let’s have a look at the expected playing 11 line-up and team preview for KKR in the league.

Kolkata’s top order is quite settled as skipper Gautam Gambhir used to open with Robin Uthappa in the previous editions of tournament. Australia’s Chris Lynn should be the first choice for third number slot in the batting line-up. Suryakumar Yadav can also be considered in the top 3 batting line-up for KKR if Chris Lynn doesn’t get chances to play. 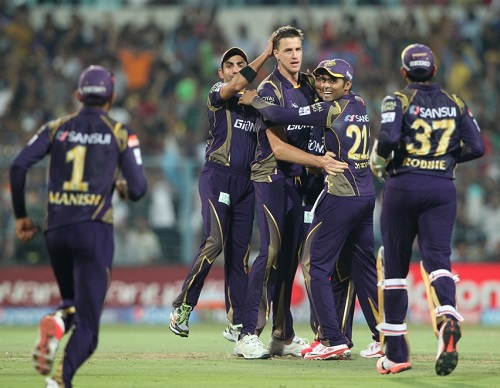 Manish Pandey, Colin Munro, Yusuf Pathan and Andre Russell are the key players in middle order for Kolkata knight Riders. Manish has been terrific for the team over the years and who would forget his blasting innings against Kings XI Punjab in 2014 final to clinch title. Munro and Russell are sensational hard hitting batsmen and valuable bowlers in the middle overs just live Yusuf Pathan.

Due to IPL rules and regulations, only 4 foreign players can play in the playing line-up hence it will be a tough decision for management to play with whom and left who. Morne Morkel and Sunil Narine can be seen together bowling for KKR when either Chris Lynn or Colin Munro doesn’t play. Eventually Piyush Chawla, Umesh Yadav, Jaydev Unadkat and various all-rounders will be crucial for Kolkata Knight Riders in Vivo IPL 2016.

What are your thoughts on Kolkata Knight Riders team in 2016 IPL? Will they be able to clinch their third Indian Premier League trophy ??