Kings XI Punjab to take on Gujarat Lions in the third match of Vivo Indian Premier League 2016 on 11 April at Punjab Cricket Association (PCA) stadium in Mohali. The match has been scheduled to begin at 20:00 IST, 14:30 GMT and 15:30 BST. KXIP vs GL live cricket match telecast and online streaming will be aired on Hotstar app, Sky Sports and ESPN cricket pass. 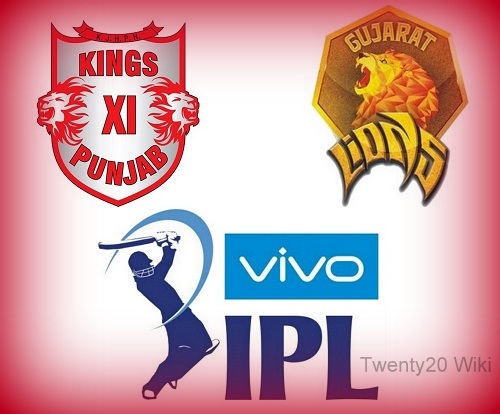 Two new skippers are set to face off each other on Monday to build their team for tournament. David Miller to lead Kings XI Punjab while new franchise team Gujarat Lions to play under Suresh Raina’s captaincy. Both teams look quite scattered but the players they have got, are just perfect for twenty20 format. Gujarat Lions look more balanced and dangerous side than the Kings 11 Punjab.

Brendon McCullum and Dwayne Smith will definitely be opening for GL in the competition as both players used to open for CSK in previous editions. Suresh Raina at number 3 is a perfect batting order to go with. Youngster Ishan Kishan is expected to play in the middle order along with Dinesh Karthik, Dwayne Bravo and James Faulkner. Bravo, Faulkner are the key players for Gujarat Lions as both players can hit the ball hard and eventually have got great talent to ball 4-4 overs each in the match.

Praveen Tambe and Ravindra Jadeja will be the spin pair to watch out this IPL as both are known as good spinners. Praveen Kumar to start bowling with new ball for Gujarat Lions in the match. On the other hand, Kings XI Punjab will highly be relying on Mitchell Johnson and Mohit Sharma with the new ball. It will not be easy for KXIP to stop destructive Gujarat’s batting on Mohali’s batsman favoring wicket.

Murali Vijay, Manan Vohra, David Miller, Wriddhiman Saha and Shaun Marsh are the key batsmen in Kings 11 squad for this IPL and will be crucial in the first game against Gujarat. Armaan Jaffer may also get a chance to play the opening game for KXIP.

Gujarat Lions are favorites to win against Kings XI Punjab and they have got 55 percent winning chances.

The live score of Kings XI Punjab vs Gujarat Lions cricket match can be taken from iplt20.com, bcci.tv, espncricinfo.com and cricbuzz.com.