Lendl Simmons out from World Twenty20 2016 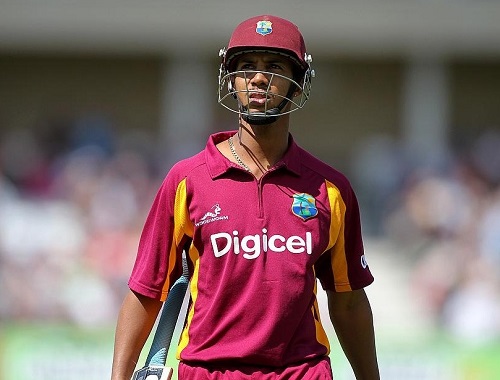 Lendl Simmons was due to reach India on Monday with whole West Indies squad but he got major crisis with his back and won’t be traveling to India. He will remain in Trinidad to continue the rehabilitation for his injury. Caribbean team is scheduled to arrive in India on 7th March to play warm-up games on 10 and 12 March against India and Australia before heading towards super-10 stage starting from 15 March.

With Lendl Simmons ruled out of ICC World T20, replacement player will be named in coming days. Windies due to arrive in Kolkata on Monday.

The replacement of Simmons will be made in the due course. As per expectations, West Indies Cricket Board will include Dwayne Smith in the 15-member team for ICC World Twenty20. And if it happens, Chris Gayle will get good opening partner in form of Dwayne Smith who played tournament winning inning for Islamabad United in the final of Pakistan Super League.