The first ever century in Indian Premier League was scored in the inaugural match of tournament in 2008. Brendon McCullum became first batsman to score hundred in IPLT20 for Kolkata Knight Riders. He made 158 runs not out in 73 balls against Royal Challengers Bangalore in 2008 at Bangalore. 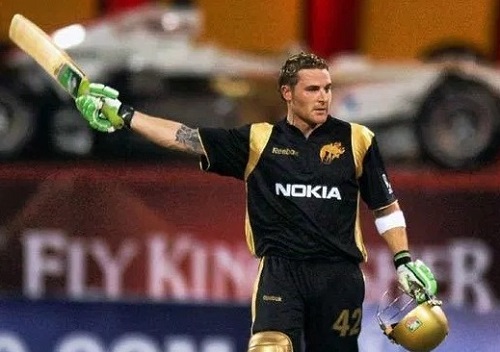 Chris Gayle is the most successful batsman in Indian Premier League in prospects of hitting hundreds. He has smashed 6 tons till now which is most by any batsman in the history of competition. A total of 63 centuries have been scored till date in the championship.

Let’s have a look at the complete list of centurions in IPL.

Note: List is sorted from first century to latest one.