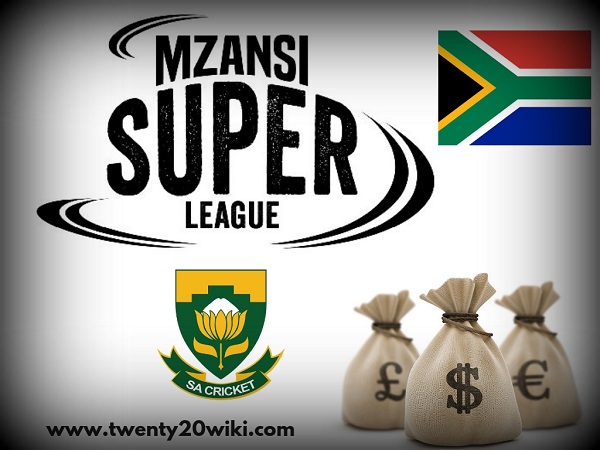 “This is a perfect incentive for the teams and the players ahead of the first MSL T20 edition and we are all looking forward to the first ball being bowled in 17 days’ time,” CSA chief Thabang Moroe said in a release.

If the prize money is converted into USD and Indian currency, total prize award is nearly US$6.8 million and 5 Crore INR. Mzansi Super League 2018 champion to earn 3.5 crore Indian rupees while in US dollars, winner to make 4.7 million USD.

The opening match of Mzansi Super League is scheduled to take place between Cape Town Blitz and Tshwane Spartans at Newlands, Capetown.

Previous: Pakistan announced T20 Squad for New Zealand Series 2018
Next: Misbah-Ul-Haq will not participate in PSL 2019