Australia Spinner Nathan Lyon is eyeing at ICC World Twenty20 spot in the national team for 2016 event in India. Nathan Lyon has been playing for national side in test cricket and time to time he has served Australia in limited overs cricket too. The right arm off-break bowler hasn’t played much 20-20 cricket at international level but he is desperate to get in the team to fly India at WT20 competion. 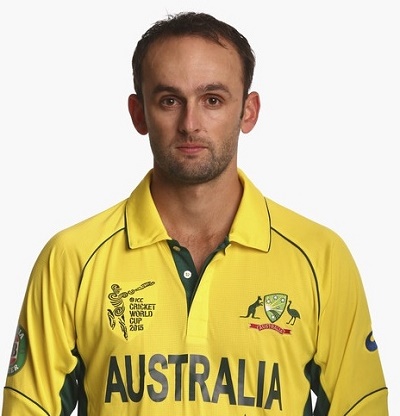 Currently Lyon is playing for Sydney Sixers in KFC Big Bash League and he is trying to prove his worth that can guide to Australia towards first World Twenty20 triumph in Indian conditions. He is desperate to get in the team as front line spinner in ODIs and T20Is.

He said, “I want to be the spinner in all three formats. I don’t know how many times I have to say it. That’s my goal and the T20 World Cup is definitely on my radar.”

“I just have to come out here and perform well for the Sydney Sixers and enjoying bowling in the BBL,” he added.

Nathan Lyon has said that he is not having any sort of problem with various cricketing balls whether its white, red or pink. He is just keen to perform and win matches.

“Nothing changes much for me, I’m confident with my bowling right now and I’m comfortable with red ball, white ball or pink ball. It doesn’t faze me what game I’m playing in, I just want to do well for the team I’m playing for and get the right result.”

Australia have never won ICC World T20 since it’s first edition in 2007 and will be looking to seal the only left ICC trophy in their bag in 2016. Australia to face former world 20-20 champions and hosts India, Pakistan and New Zealand in the group stage of super-10 to enter in the semi-final.