New Zealand have announced the official 15-member women’s World T20 squad for the 2016 edition of championship in India. Suzie Bates is named the captain of Kiwi team. Wicket-keeper batsman Katey Martin is the surprising call in the New Zealand squad as she is returning to the side after almost two years gap from international cricket. 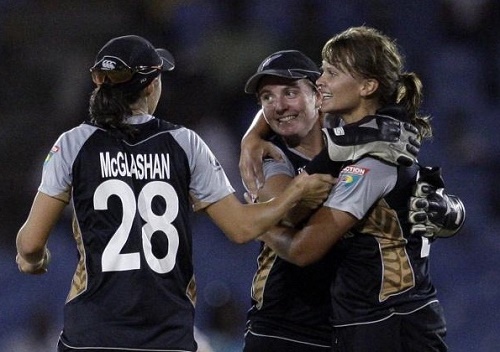 Pace bowler Felicity Leydon-Davis is also making comeback in the New Zealand after recovering from injury. Kiwi women’s team coach Haidee Tiffen believes that Martin’s inclusion will help the side in crucial moments on the big occasions of WT20.

Haidee said, “Katey Martin has had an outstanding domestic season for the Otago Sparks, especially in the one-day format. She’s averaging over 50 in domestic cricket and had a successful New Zealand A tour before that which has earned her a recall to the side. Katey provides us with an option at wicketkeeper for both the series against Australia and the World T20.”

New Zealand are placed in the group A of women’s t20 world cup in which they’ll be meeting top cricketing nations like Australia, South Africa and Sri Lanka. Kiwi team will also face Ireland in the group stage. New Zealand to play Sri Lanka in their first match of championship on 15th March 2016 at Delhi.