Winning first two matches in ICC World Twenty20 Championship 2016, New Zealand cricket team will take on Pakistan in their third game to seal berth for semi-finals. Kiwis are in sensational form and they have beaten India and Australia in the group of death already and will be looking to register third win on Tuesday. On the other hand Pakistan won against Bangladesh easily but lost against arch rivals India.

New Zealand were definitely one of the favorite teams before the beginning of tournament and the way they have played cricket, they’ve proved why people were rating them favorites. Their spinners have been great in this sixth edition of world t20 and Blackcaps were quite awesome against Indian batting line-up who are known to play spinner very good. 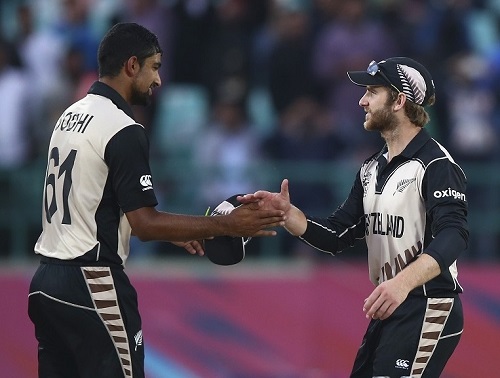 Against Australia, Kiwis were awesome and in a close contest they took revenge from Aussies for the defeat in 2015 cricket world cup final. Although New Zealand batting is not scoring runs at great pace and haven’t score big in the event but are capable for doing it against any side. Kane Williamson, Martin Guptill, Ross Taylor, Colin Munro and Corey Anderson have to score this time if they want to make pressure on Pakistan.

Men in Green had brilliant game against Bangladesh and batting was superb as scored 200+ runs. But against hosts India, Pakistan batting struggled a lot and managed to score just 118 runs in 18-over side match. Captain Shahid Afridi has been facing lots of criticism after the defeat against Indian team but he still hopeful of making comeback in the competition.

Sudden change in batting order was quite surprising for them and will definitely be looking to go with Shehzad, Sharjeel, Hafeez at the top. Bowling is also a concerned area for Pakistan as except Mohammad Amir, no other bowler looks in good form to take wickets. Imad Wasim is expected to play again Kiwis to replace Sami.

New Zealand will be favorites to win against Pakistan in this 23rd match of Twenty20 cricket world cup 2016 and as per our predictions they have got 60 percent winning chances.