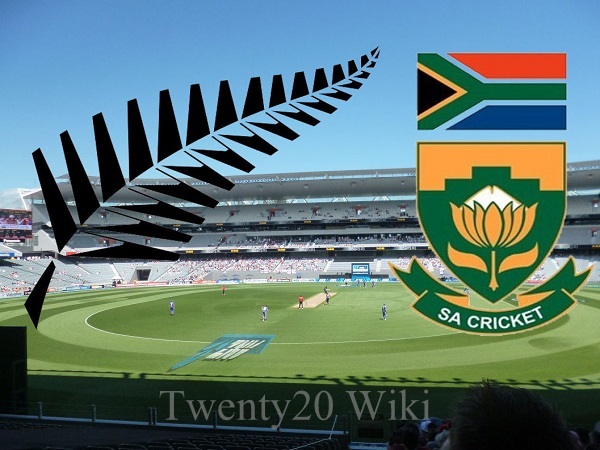 Big series of February month is about to kick off as South Africa to tour of New Zealand 2017 is all set to begin with only twenty20 match that has been scheduled to play on 17th February. Proteas is coming into the series by whitewashing Sri Lanka in the home series.

Blackcaps look decent side as they are having skipper Kane Williamson who is in brilliant form. Martin Guptill, Colin Munro, Corey Anderson, Lockie Ferguson, Tim Southee and James Neesham are the key players in Kiwi side. Ross Taylor is not in the New Zealand team for one off twenty20 game.

On the other side, visitors South Africa will look to start the long tour with a win in only 2020 match. Faf Du Plessis to lead the side and he is in terrific form along with 360 degree batsman AB De Villiers. Quinton De Kock, JP Duminy, David Miller, Hashim Amla, Morris, Tahir, Rabada and Parnell are the crucial players for Proteas on this New Zealand tour.

Both teams look dangerous and it could be anybody’s game but it sounds that Blackcaps are having an edge over Proteas. New Zealand has got 53 percent wining chances over South Africa.

The live stream of South Africa-New Zealand one off T20I match can be watched on sky sport official website. Meanwhile South Africa region based viewers can tune to Super Sport to catch live coverage and to watch live streaming online, you can go to official site of supersport.

The live twenty20 cricket match score of New Zealand vs South Africa 2017 only game will be provided by cricbuzz.com and espncricinfo.com.