New Zealand and Sri Lanka cricket team are now moving to the shortest form of game after competing in tests and ODIs. Both teams are set to play the first twenty20 international of 2016 year at Bay Oval in Mount Maunganui on 7 January. The first T20 match of NZ vs SL two match series will kick off from 15:00 local time and 20:00 GMT. 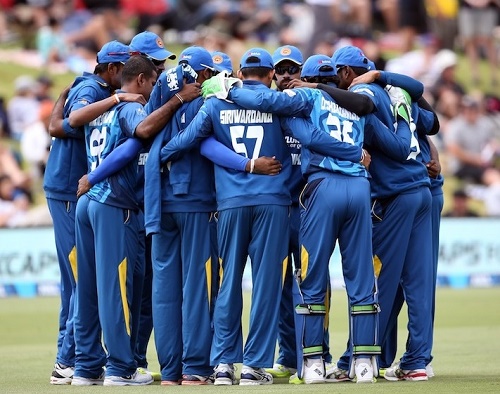 Visitors will be looking to start the series with a win as team lost both Tests and One-Day international series’. The world number 1 team in ICC T20 rankings team Sri Lanka will be competing in the series without their regular T20 captain Lasith Malinga as he is already out from the series due to injury. Dinesh Chandimal will be leading the Lankan side.

This is the perfect time for Sri Lanka to get in the form as world T20 is near and they’ll be the title defenders in the tournament in India. Tillakaratne Dilshan, Nuwan Kulasekara, Angelo Mthews, Thisara Perera will be the key players for young Sri Lankan team.

On the other hand Kiwi will be playing under Kane Williamson’s captaincy who is appointed as the skipper of side after Brendon McCullum’s retirement announcement from the international cricket after February. New Zealand team is in terrific form and they clinched 5 ODI series by 3-1. They would be trying to win the 20-20 series as well to make preparations for ICC World T20 2016.

Corey Anderson and Grant Elliott’s inclusion in the side strengthen the team as both players are capable of performing as batsman and bowler. Martin Guptill is in sensational form. The bowling is weaken a bit as Tim Southee is out of the T20 team by following injury.

Blackcaps will be favorites to win and they have got 60 percent winning chances over Sri Lanka in the first T20.

Sky Sport New Zealand to stream live T20 cricket match between Sri Lanka and Blackcaps on January 7. You can visit www.skysport.co.nz to watch the live telecast of 1st 20-20 match online from 15:00 NZT.

United Kingdom viewers can tune to Sky Sports to catch the live action of match. Now TV will also air the match live in UK but you need subscription for it.

TEN Sports will be telecasting live in Sri Lanka.

Kiwi viewers can tune to Sky Sport to watch the live broadcast of New Zealand vs Sri Lanka twenty20 game.