Arch rivals India and Pakistan are set to entertain millions of viewers on 27th February when both cricket teams will compete in the 4th match of 2016 Asia Cup in Mirpur. It will be seventh occasion when Pakistan to take on India in twenty20 international matches. 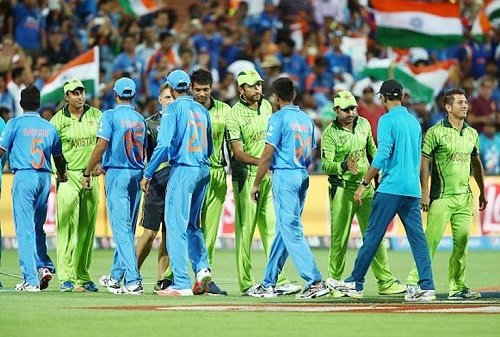 Pakistan have got worst record against Men in Blue in the T20I matches as both teams played a total of 6 T20s so far and Pak lost 5 games out of those six. So Men in Green will be desperate to register the win against India in their first match of 2016 Asia Cup.

Shahid Afridi and company will be depending on inform batsmen Sharjeel Khan and Umar Akmal who scored brilliant runs in recently concluded Pakistan Super League first edition. Team will highly be depending on pace bowling attack that includes Amir, Wahab and Irfan. Shoaib Malik believes that India is a strong team but they have got good bowling attack that can destroy Indian batting line-up.

“Indian batsmen are very consistent but we have a good bowling attack. This is going to be a great game. This is going to be a big opportunity for players of both the teams, India-Pakistan matches always are. Coming after playing the PSL straightaway, our preparation has been very good. There’s no doubt India have performed very well in Australia and even vs Bangladesh yesterday, (but) I think it will be a great battle between two good teams,” Malik said in an exclusive interview with Aaj Tak.

On the other hand Indian team is in sensational form as they won 6 T20Is in played last 7 matches. Batting order has been doing well though they struggled initially in the first match. Rohit, Raina, Pandya, Dhoni should score runs if India is looking to register 6th win against Pak in twenty20s.

Indian cricket team will be favorite to win and they have got 60 percent winning chances over Pakistan in this fourth match of Micromax Asia Cup 2016.

Virat Kohli and Yuvraj Singh are expected to play handy innings for India while Jasprit Bumrah and Ravichandran Ashwin can take quick wickets.

From Pakistan it is expected that Md. Hafeez and Shoaib Malik will score runs while Mohammad Amir and Mohammad Irfan can damage India’s batting line-up.

The predicted first inning score is 165 runs on this Sher-E-Bangla stadium.