Pakistan cricket team has registered 16-run victory over West Indies in the second t20 of three-match series to take 2-0 winning lead in the series. Remember Pakistan won first t20 comprehensively by 9 wickets. Last T20I of the series will be played on 27 September. 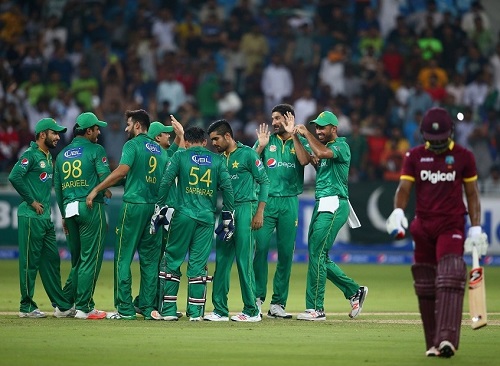 Winning the toss, West Indies asked Pakistan to bat first. Opener Sharjeel Khan was removed in the third over of the innings by Samuel Badree. After this Khalid Latif and Babar Azam build partnership and took team’s total past 50. Caribbean skipper Carlos Brathwaite dismissed Babar Azam in the 9th over.

In the chase of 161 target, whole West Indies team managed to score 144 runs which were shortened by 16 runs to Pakistan’s total. Hence Men in Green won the match by 16 runs. Sohail Tanvir and Hasan Ali took 3-3 wickets each in Windies 9 wickets loss. Sarfraz Ahmed was announced as the player of the match.