Pakistan T20 cricket team captain Shahid Afridi has said that national team’s squad for ICC World Twenty20 India can be modified if certain players fail to perform in upcoming Micromax Asia Cup 2016. PCB selectors announced the 15-member squad before few days back but skipper Afridi said that team management and selectors would closely look at the performances of players in Asia Cup. 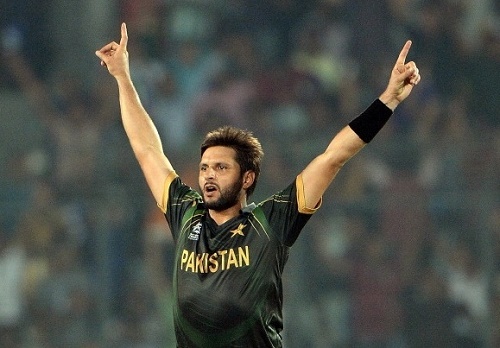 Afridi said, “I hope that we don’t need to make changes in the squad and it plays in both events but if any player (s) fails to click in the Asia Cup than there can be changes made in the side for the World Cup.”

All-rounder Afridi also mentioned that Pakistan Super League performance can also be considered. The International Cricket Council have set the deadline to announce 15-member squad before 8 March for those teams who qualified for super-10. Sp considerable changes could be made.

“If they are players who impress everyone in the Pakistan Super League they can be considered for the World T20. Myself, the team management and selectors gave full confidence and support to every player but unfortunately what we are looking at the same response was not forthcoming from players,” afridi added.

“I don’t believe in dropping someone after just one or two matches. And I can say this clearly every player who played in the team got full support and confidence from me, the coach and selectors.”