The players draft for Pakistan Super League fourth edition has been set to take place in Islamabad on 20th November 2018 as PSL announced the date. A total of 15 international foreign players will be the part of this year’s players draft in Pakistan. 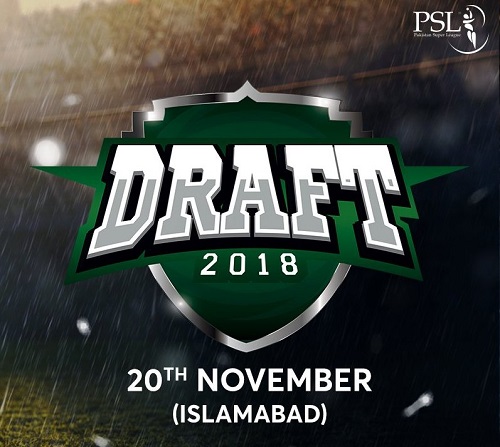 The trading window is already opened and all six teams have to retain a maximum of 10 players before heading to draft. The last date for submission of players list is 12th November.

“It was decided that this year’s draft would be based on last year’s rankings with teams being allowed a maximum of 10 retentions. For PSL five onwards, all franchises agreed to introduce a randomized draft order,” a PCB source said.

The 4th season of Pakistan Super League is due to take place from 14th February and Dubai to host opening game of tournament while Pakistan to host 8 matches of PSL 2019 including knockout games.