We all are set to witness for another HBL Pakistan Super League player draft as PCB and PSL governing council have announced date for second edition of championship’s players draft. The 2017 PSL players draft is scheduled to take place on 19 October in Dubai. Players are categorized into 4 categories Platinum, Diamond, Gold and Silver. 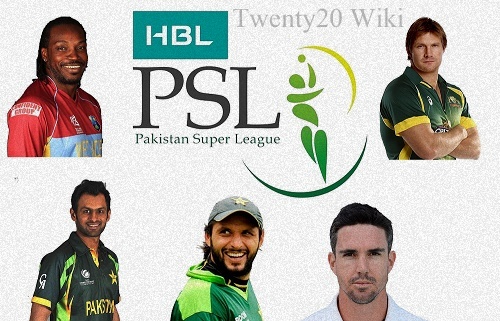 Five teams Karachi Kings, Islamabad United, Peshawar Zalmi, Lahore Qalandars and Quetta Gladiators will take part in the players draft on October 19. Lahore Qalandars were at the bottom after first PSL edition, hence as per rules they will pick 20 players first in the draft.

Before the start of players draft, some trading has been done between the franchises. First HBL PSL 2017 trade was between Lahore Qalandars and Peshawar Zalmi. Shoaib Maqsood was traded to Peshawar Zalmi in the exchange of Aamir Yamin to Lahore Qalandars. Karachi Kings also traded Babar Azam from Islamabad United.

Let’s have a look at the list of players who will feature in players draft for PSL 2017. The frat will stream live on Pakistan Super League’s official youtube channel.