The biggest blockbuster trade of Pakistan Super League 2019 has been done as Quetta Gladiators have bought Sunil Narine in their squad from Lahore Qalandars. Windies spinner Narine is one of the best bowlers in the world cricket, especially in T20 cricket. Acquiring Sunil from Lahore, Gladiators have done pretty good job for the fourth season of PSL T20. 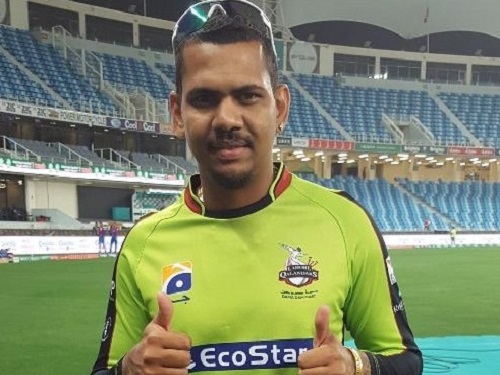 Sunil Narine played last season for Qalandars and he took 10 wickets in played 9 matches. He made 98 runs for Lahore in 2018 PSL. Sunil has become good left-hand batsman in the batting lineup for most of the twenty20 league teams like Kolkata Knight Riders in IPL.

This was one of the most surprising news of the day as no side would like to leave bowler like Narine but Qalandars have traded him. Apart from Narine, team Lahore has also released top order batsman Umar Akmal.

Quetta Gladiators released Hassan Khan and Rahat Ali ahead of the players draft for 2019 Pakistan Super League scheduled to take place on 20th November. Both Rahat and Hassan will be playing for Lahore Qalandars in the 4th PSL season kicking off on February 14.