Royal Challengers Bangalore have been known to create and break records. Today RCB again creates record and this time they’ll not like to remember ever in future as they have scored the lowest score of Indian Premier League‘s history. 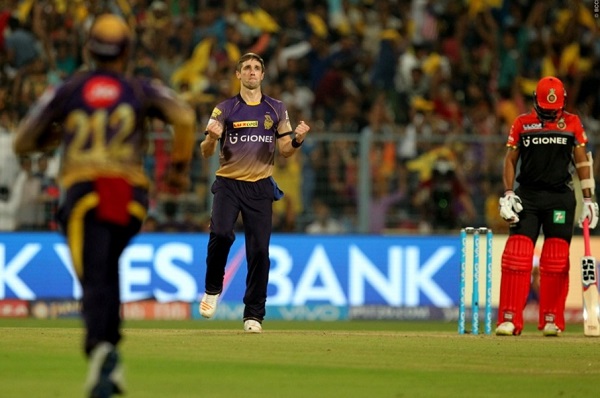 Whole RCB team got all out in just under 10 overs after posting just 49 runs. Bangalore had top guns like Virat Kohli, AB De Villiers and Chris Gayle in the chase of just 131 runs at Eden Gardens wicket. But all batsmen failed completely and whole Royal Challengers team got all-out in 9.4 overs.

#IPL Match 27: This is what happens when bowlers run riot #KKRvRCB pic.twitter.com/P3rlMUJDcc

Who wants to be on the flight back to Bangalore from Kolkata with Kohli? Not RCB players, I reckon, after hearing him speak post-defeat