The fifth match of 2017 Vivo IPL is scheduled to be played between Royal Challengers Bangalore (RCB) and Delhi Daredevils (DD) on 8th April. M. Chinnaswamy stadium to host RCB vs DD 5th game of Indian Premier League tenth season from 20:00 IST and 14:30 GMT. 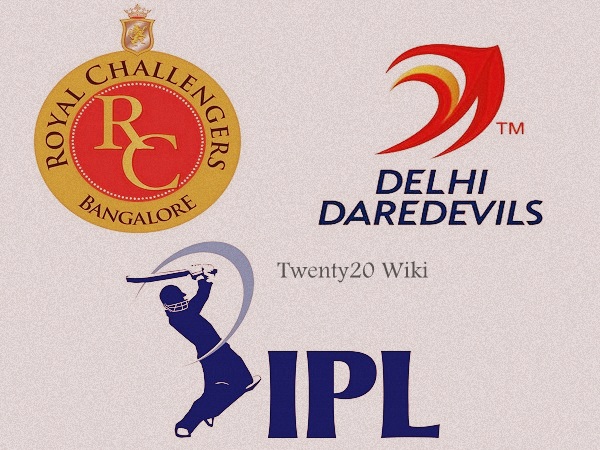 Team RCB will be playing their second game of the season meanwhile DD to start 2017 IPL campaign. Delhi Daredevils are yet to play first Indian Premier League final, hence team will look to start campaign with a big win over tournament favorites Royal Challengers.

South African all-rounder JP Duminy out from DD squad in the season. Daredevils will be depending a lot on their batting lineup that includes destructive English opener Sam Billings. However team is also having few more options for opening pair as Rishabh Pant and Aditya Tare can also bat at the top of the order.

On the other side, Royal Challengers Bangalore will look to dominate against DD. AB De Villiers will be returning in the side for the second IPL game of Bangalore team meanwhile Chris Gayle will look to score big runs and get in the form in the start of season.

Royal Challengers Bangalore is having good side and are playing at the home. Hence they’ll be favorite against Delhi Daredevils in the 5th match of IPL 2017 and as per our predictions RCB has got 67 percent winning chances over DD.

Chinnaswamy pitch is batsmen supportive and it has always produce high scoring games in IPLT20 history. Hence we can expect 180+ score in the first inning of the match.