The fourth match of Vivo Indian Premier League tenth season has been scheduled to play between Kings XI Punjab and Rising Pune Supergiants on 8th April. Indore’s Holkar cricket stadium to host KXIP vs RPSG 4th match from 16:00 IST as it’s Saturday and double header matches are there. 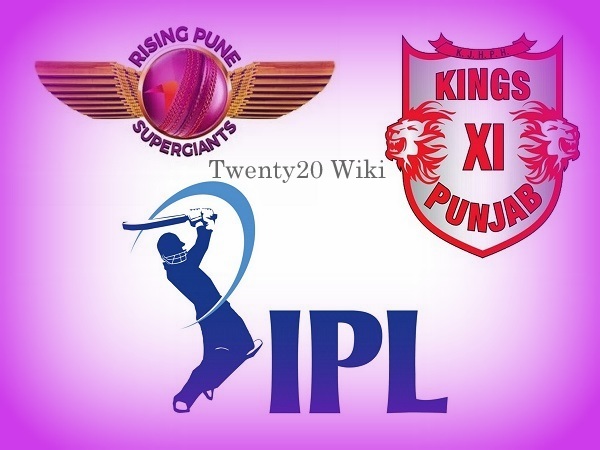 Two worst performers of previous IPL season, Rising Pune and Kings XI will be taking on each other in the fourth match of Vivo IPLT20. Both sides will be playing with their new skippers; Maxwell for Punjab and Smith for Pune. KXIP haven’t won single edition of Indian Premier League since it’s inception in 2008.

On the other side, Rising Pune has got excellent balanced team. Smith, Dhoni, Faf Du Plessis, Rahane and Stokes are the most vital players in the RPS side. Team relies a lot on these players to perform well in this fourth match of IPL 2017 against Kings XI Punjab.

Win Percent: Rising Pune Supergiants are looking strong against Kings XI Punjab in the 4th game of IPL 2017. As per Twenty20Wiki predictions, RPSG has got 65 percent winning chances over KXIP.

Predicted Score: The projected score at Holkar Cricket stadium can be around 170 while batting first in the fourth match of Vivo IPL 2017 on April 8.