The match number 23 of Vivo Indian Premier League 2017 has been scheduled to play between Kolkata Knight Riders (KKR) and Gujarat Lions (GL) on 21st April. Eden Gardens in Kolkata to host KKR vs GL match-23 of IPL 2017 from 8:00 PM IST. Gujarat lost 4 matches in the league so far meanwhile KKR won 4 games in played 5-5 games each in the season. 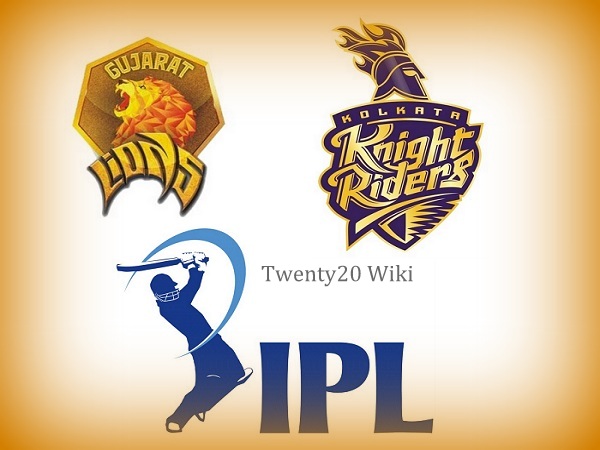 2012 and 2014 Indian Premier League winning team Kolkata Knight Riders will look to repeat what they did against Gujarat Lions before few days back in the third match of 2017-IPL season. KKR defeated GL by 10 wickets while chasing big target of 184. Raina & Co. couldn’t manage to take single wicket in that game hence lost the match by big margin.

However hero of that game Chris Lynn will not be playing today as he’s recovering from shoulder injury. Lynn smashed 93 runs in that match against Lions. So it’s a relief news for Gujarat that Lynn is not a part of the side. Trent Boult, Chris Woakes and Nathan-Coulter Nile are doing great job for Kolkata. These are key bowlers in Knight Riders roster along with Narine, Shakib, Umesh and Chawla.

Batting has got some exciting stars with decent strike rates. Gambhir and Uthappa have been doing great for KKR. Manish Pandey, Yusuf Pathan and Suryakumar Yadav are the key batsmen in middle overs. Sunil Narine has also contributed well with the bat for KKR.

On the other hand, Second IPL playing team Gujarat Lions looks quite strong and balanced side on the paper but team is not doing good this season as if compared with last year’s IPL edition. Suresh Raina is the skipper of side which has got destructive batsmen like Brendon McCullum, Aaron Finch, Jason Roy and Dwayne Smith. McCullum was looking so dangerous against Royal Challengers in the last match when team was chasing 214 runs.

Win Percent: Inform Kolkata Knight Riders are looking strong against Gujarat Lions in the 23rd match of IPL-10. As per our predictions, KKR has got 60 percent win chances over GL.

Predicted Score: The projected score at Eden Gardens stadium can be around 180 while batting first in the 23rd match of Vivo IPL 2017 on 21st April. Kolakta’s pitch is playing different this season and batsmen are scoring runs at good pace here.