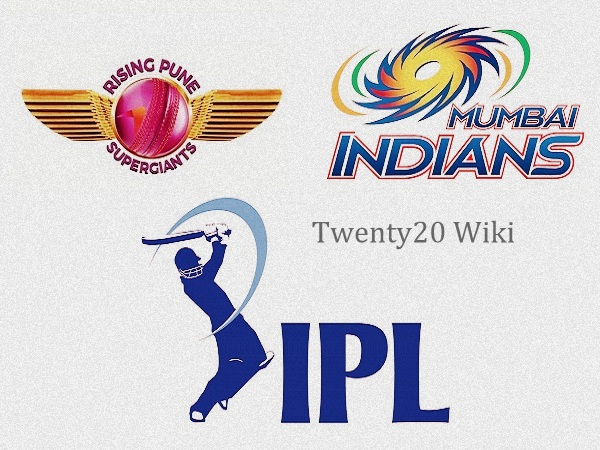 2013 and 2015 IPL winners Mumbai Indians will be eyeing at their third Indian Premier League trophy in their fourth IPLT20 final appearance. Rohit Sharma & Co. will look to repeat the performance of 2nd qualifier match where they overcome KKR hurdle at Chinnaswamy’s wicket.

Krunal Pandya was the hero in the last match for Mumbai with the bat as he scored match winning 45 runs on difficult Bangalore’s pitch. Hence he’ll be a key player. If we actually look at Mumbai and Pune meetings this season, we’ll find that Supergiant have got tremendous record against MI as they haven’t lost single game against Mumbai in three head to head meetings.

On the other hand, Rising Pune have done extremely well in the competition so far. They were not expecting initially that they would go this far when IPL-10 began but they way players come up and perform, it’s really amazing for RPS side. Rahul Tripathi, Steve Smith, Dhoni, Rahane are the key players in Pune batting lineup. Hopes are that we may see Ashwin playing his first game in IPL 2017.

Win Percent: Rising Pune Supergiant are looking strong against two time IPL champion Mumbai Indians. As per our predictions, RPS have got 58 percent win chances in the final match of 10th IPLT20 edition.

Predicted Score: The projected score at Raijv Gandhi stadium can be around 160 while batting first in the 60th match of Vivo Indian Premier League 2017.