The grand finale of IPL-10 is scheduled to be played between Mumbai Indians and Rising Pune Supergiants on 21st May 2017 at Rajiv Gandhi International Stadium in Hyderabad. RPS vs MI final match live cricket streaming and broadcast to be aired live on Sony Six and Sony Max from 20:00 IST and 14:30 GMT. 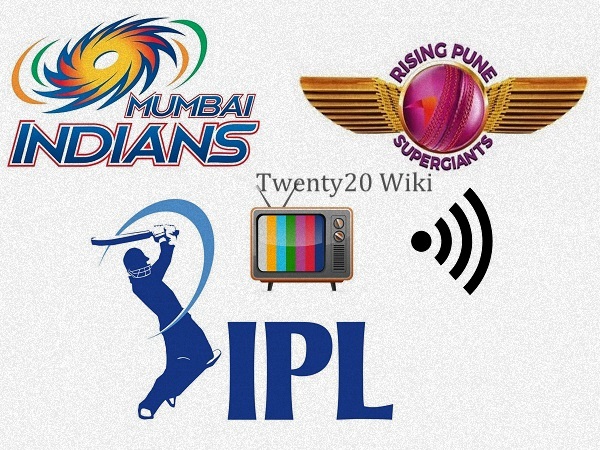 Mumbai Indians are looking dangerous side with some top class overseas and domestic Indian players. Rohit & Co. was at the top of points table and Mumbai defeated strong KKR in second qualifier to make sure they’ll play Pune for the fourth time in the season.

Rising Pune Supergiants are looking favorite against Mumbai Indians in the final game of IPL-2017 and they have got 58% win chances over MI.

India based IPL cricket fans can watch live telecast of 60th IPL match on Sony Max and Sony Six. Live streaming of RPS vs MI final match will be shown on hotstar.com.

The live score of Vivo Indian Premier League 2017 final match between Mumbai Indians and Rising Pune Supergiants will be provided by iplt20.com, espncricinfo.com and cricbuzz.com. You can also get live score here.