The sixth match of Vivo IPLT20 2017 is scheduled to take place between Sunrisers Hyderabad and Gujarat Lions on 9th April at Rajiv Gandhi International Stadium. Team Gujarat will look forward to take revenge from Hyderabad for the defeat of 2016 IPL qualifier match defeat. 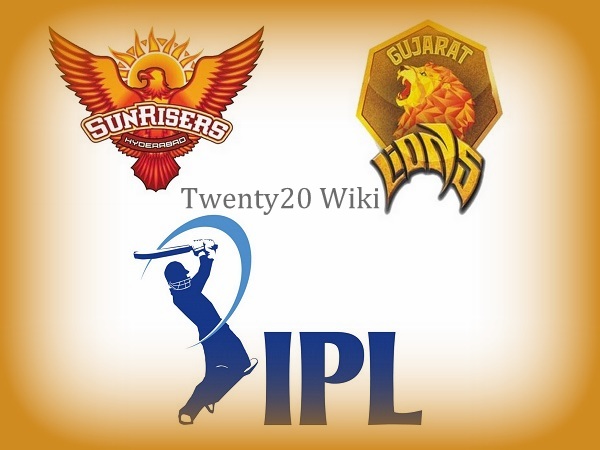 When the last time these two sides met, it was a crunch game as both teams were playing to qualify for IPL 2016 final. However Sunrisers Hyderabad had brilliant match and they beat Gujarat Lions by 4 wickets to enter in the final and then won it later.

Hosts SRH has got tremendous bowling and batting lineup that can really help team to defend the title. In home conditions, team will enjoy batting on Hyderabad wicket. Warner, Yuvraj, Kane Williamson, Dhawan and wicket-keeper batsman Naman Ojha will be key players to score the runs.

Afghani bowler Rashid Khan will be vital as spin bowling option along with Pravin Tambe. Ashish Nehra, Bhuvneshwar Kumar, Mustafizur are the key fast bowlers in the side.

On the other side, Gujarat team heavily depending on their dangerous batting lineup. McCullum, Dwayne Smith, Finch, Raina, Jadeja, Bravo, Roy, Karthik are the key batsmen in the side. The biggest problem for Lions is that there are lots of choices to go with.

Both teams are strong and have got balanced lineups. As per our predictions, home team SRH will have upper hand over visitors GL and Hyderabad has got 60 percent winning chances.

The projected score at Rajiv Gandhi stadium is expected to be near about 165 runs while batting first. Since the match will begin at 4:00 PM, pitch won’t change much and we can expect good game of cricket.