Former Australian cricketer and legendary spinner Shane Warne has predicted that ICC World Twenty20 2016 will be won by Indian team. Cricket World Cup champion made his prediction while answering his follower on twitter. Today Warne invited his twitter family to ask him anything they wished with the use of hashtag #AskShane. 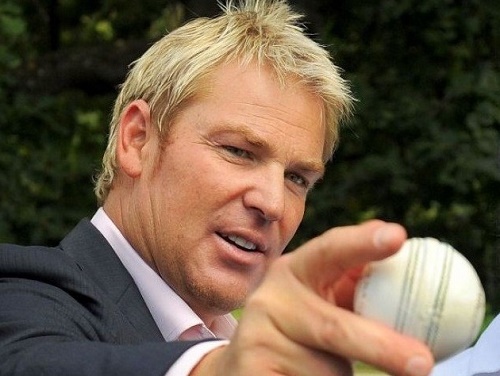 One of his follower asked him who would win t20 world cup next year. He replied and said that India would be the winners of ICC World T20.

Interestingly Shane Warne didn’t pick his home country Australia as the champion of WT20. Australia have never won the world 20-20 since it’s launch in 2007. On the other hand India won the inaugural edition of championship and were runners-up in Bangladesh.

One of this follower asked about the All Star Cricket series whether it would happen in 2016 or not. On this he replied that Cricket All Star series would come up with more matches next year. He said, “Yes we will be playing lots of games next year, stay tuned.”

A Pakistani cricket fan also asked him that which Pakistani player was best when he used to play. To this Shane answered “Wasim Akram”.

He also answered some more questions on hit official twitter handle. At the end he closed the conversation by promising that he would talk again in future too with his fans and followers.