Australia all-rounder Shane Watson is the latest signing as foreign player in Pakistan Super League. He is the third Australian cricketer who has signed up for 2016 PSL competition which is scheduled to take from 4 to 24 February. 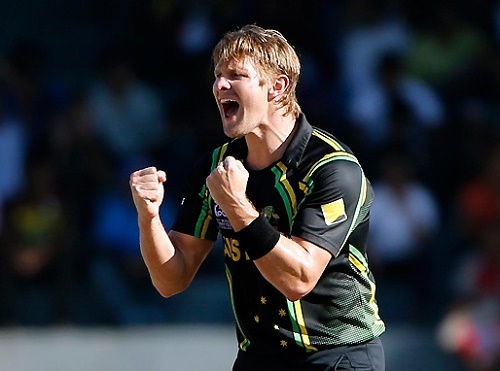 This will be great exposure for Shane Watson ahead of Australia’s T20 World Cup campaign. Recently Watson announced retirement from test cricket and mentioned that he would be focusing on 20-20 format. Hence signing up for Pakistan Super League, clarifies that he is desperate to be a part of new league.

Shane Watson said, “I am very excited to be involved in the inaugural PSL. There are a lot of world class players involved so I can’t wait to be a part of it.”

The Australian champ has played 49 matches for country in T20s in which he has scored more than 1100 runs and taken 39 wickets. 10 international fifties are also against Shane Watson’s name.

Pakistan Super League Chairman Najam Sethi welcomes Shane Watson inclusion in the competition and says that he’ll be one of the top players in draft. He said, “He will definitely be a hot pick in the PSL draft.”

Shane Watson also uses to play in KFC T20 Big Bash League for Sydney Sixers whereas he was a part of Rajasthan Royals in Indian Premier League.

There will be several foreign players will be taking participation in the league. The list includes top players like Kevin Pietersen, Chris Gayle, Kieron Pollard, Grant Elliott and Lasith Malinga.