Kingsmead in Durban to host first twenty20 match of Australia’s tour of South Africa 2016. The match has been scheduled to begin at 18:00 local time, 16:00 GMT and 21:30 IST. Australia vs South Africa t20 match will be televised and air to live online through various networks across several countries like India, Pakistan, USA, Australia, United Kingdom and South Africa. 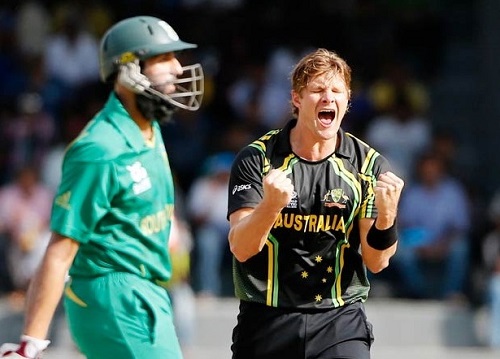 It will be the grand opportunity for both teams to get a good preparation before heading towards ICC World T20 super-10 stage in India beginning from 15th March. Both Australia and South Africa have got strong squads that really be handy for any team in the world. Steve Smith will be leading Australian team in T20s after so long time as Aaron Finch was the skipper of side till Indian series.

Visitors are having some top class all-rounders like Shane Watson and James Faulkner who can really turn around the game in favor of the Aussies at any moment. David Warner is expected to open the innings with Usman Khawaja who was in sensational form in 5th edition of Big Bash League. It will be interesting to see how Josh Hazlewood play in his international returning game at Kingsmead.

On the other hand inform Proteas team will be depending on their superstar middle order batsman AB De Villiers along with top guns like Hashim Amla, Faf Du Plessis and David Miller. Batting has been performing well for South Africa but they are quite struggling with bowling attack. Dale Steyn needs to get back in the form in this series before entering in the twenty20 world cup.

Let’s have a look at the expected playing line-ups for South Africa vs Australia first T20I.

It is not easy to say who will win between these two champion teams but still South Africa will be favorites to win first t20 and they have got 55 percent winning chances.

The live score of South Africa vs Australia 1st t20i match will be provided by cricbuzz.com and espncricinfo.com.