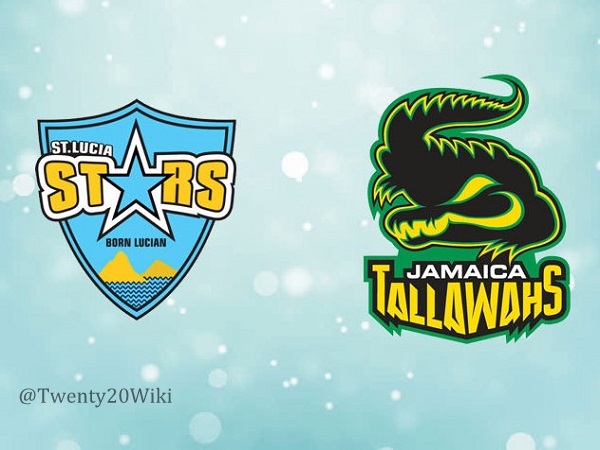 Stars have been failed for St. Lucia as Fletcher, Sammy, Kamran, McClenaghan haven’t performed the way they should have. Team has struggled a lot to score runs and then stopping opposition from scoring runs and winning games.

St. Lucia hasn’t won single match in the season so far and in played 8 matches, their one match was ended to no result due to rain. Their is nothing left for St. Lucia in the tournament and they are out from the qualifiers race. However they can ruin other teams party.

Jamaica Tallawahs have won 4 games in played 6 matches and are currently standing at third position in points table. So if Sangakkara and Co. can manage to beat Stars, it would be a great chance for them to make closer to CPLT20 2017 playoff qualifiers.

In form Jamaica Tallawahs are strong contender to win tonight against St. Lucia Stars in the 23rd match of CPLT20 2017. As per our predictions, Jamaica has got 70 percent winning chances over Stars.

The live score of St. Lucia Stars vs Jamaica Tallawahs 23rd game of Hero Caribbean Premier League will be provided by espncricinfo.com and cricbuzz.com.