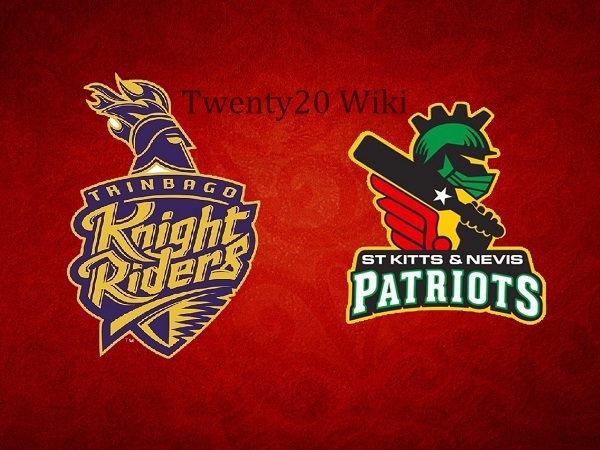 Top two teams of Caribbean Premier League 2017 points table, Trinbago Knight Riders and St. Kitts Nevis Patriots are set to face each other in the important final. Both teams will look to register victory tonight to become champions of the league.

Both teams are in full form and their batting and bowling lineup have been doing good for the respective sides. TKR are hugely depending on inform Kiwi stars McCullum and Munro. Left-handed Colin Munro is in prime form and has scored few fifties already in the season to win games for Knight Riders. However McCullum is ruled out from the tournament and it’s really a big set back for Trinbago team.

Narine’s destructive cameo at the top of batting order, has also added the depth in batting department for TKR. However Shadab is no more in the side as he has left for Pakistan to complete national duties.

On the other side, veteran Windies star Chris Gayle is leading the St. Kitts and Nevis Patriots side quite decently. Team has played brilliant cricket in the CPL 2017 season. Top order batting has been the key for Patriots as Evin Lewis, Gayle, Carter and king are the important batsmen in Kt. Kitts team.

Trinbago Knight Riders are looking much better side than St. Kitts & Nevis Patriots in the final game of Hero CPL 2017. As per our predictions, TKR have got 55 percent winning chances over SKNP.

The live cricket match telecast of Trinbago Knight Riders vs St. Kitts Nevis Patriots can be watched on Sony SIX in Indian sub-continent region except Pakistan.

The live score of Trinbago Knight Riders vs St. Kitts & Nevis Patriots CPL 2017 final match can be taken from espncricinfo.com and cricbuzz.com.