New Zealand to take on Australia in the 17th game of ICC World T20 2016 on March 18 at Himachal Pradesh Cricket Association in Dharamsala. The New Zealand vs Australia live cricket match streaming and telecast will begin at 15:00 local time, 9:30 GMT and 10:30 BST. Aus vs NZ live stream will be aired on starsports.com and hotstar.com. 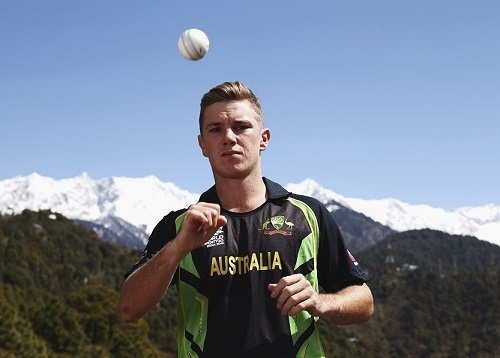 Europe and United Kingdom based viewers can go to skysports.com to catch the live coverage of New Zealand-Australia cricket match.

A fresh pitch has been prepared for this big match and is expected to support spinners rather than fast bowlers. Weather forecast is also now good at the Dharamsala and we can expect some showers during the match.

After beating India, New Zealand are confident and believe that they can win against Aussies. Before Friday’s match Ross Taylor said, “It was definitely a lot of happy team-mates after the game [against India]. But we don’t want to get too carried away. It’s just one game in what is a short and condensed tournament. Lot of games to be played.”

Australia based cricket viewers can watch live broadcast of Australia’s first match in world t20 2016 cup on Fox Sports and Channel 9 from 20:30 as per Eastern Australian Timings.

New Zealand based fans can tune to Sky Sports NZ to catch the live action of Australia vs New Zealand match from 22:30 as per New Zealand timings.

The live score of New Zealand vs Australia 2016 wt20 match will be provided by espncricinfo.com and cricbuzz.com.