Losing their opener match against West Indies, England are now set to meet South Africa in a big match of 2016 World Twenty20 on March 18 in Mumbai’s Wankhde Stadium. English team needs to treat this match like a knockout game as if they loss it, they might not able to make through to semi-finals. Match will start at 19:30 local time.

In their first match of tournament, England suffered a big loss after scoring 180+ runs on the Wankhede’s pitch. Eventually they were at least 20-25 runs short on that batting friendly wicket. At the first half of their innings, English men were going with the good pace and were about to score around 200. But in middle overs and towards the end of innings, they couldn’t hit the ball at the destructive pace. 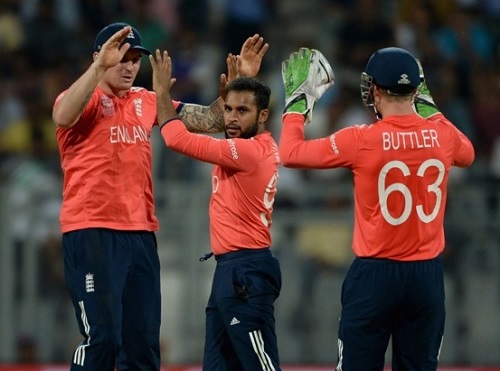 Though bowling and ground conditions play major role in England’s defeat in previous game along with Gayle storm. The fact was bowl got wet whenever it went to field and then troubled the bowlers to grip it. The same kind of situation can be happened on Friday too as weather and pitch conditions won’t change much.

England needs to fire and their batting should score at least 200 runs if they bat first in tomorrow’s game. Joe Root, Jos Buttler, Alex Hales and Eoin Morgan have to score big and quick runs if 2010 wt20 champions want to stay in the tournament. Moeen Ali and Adil Rashid once again will be the key bowlers in middle overs for England.

On the other hand South Africa team will definitely be eager to start the competition with a win. They have been playing good cricket and have defeated England in T20I bilateral series earlier this year. Proteas will have good confidence as they defeated India in warm-up match too.

South Africa’s batting is surely going to be key for them on this wicket and they have got some tremendous players who can take team’s total past 200. AB De Villiers, JP Duminy, Faf du Plessis, David Millers and Hashim Amla are the key batsmen in the SA side.

Toss is going to be crucial and both captains Eoin Morgan and Faf du Plessis will be looking to bowl first after winning the toss on this batsman favoring Wankhede pitche. It gets difficult to bowl later on when dew comes down and don’t allow bowlers to grip to bowl properly.

183 is the average score on this Mumbai’s wicket, hence even 200 runs are not safe.

South Africa are favorites against England in this Group-1 match of Super-10 in 2016 ICC World T20 on 18th March. Proteas have got 55 percent winning chances.