Players list to be felicitated in Indo-Pak wt20 match

Cricket Association of Bengal (CAB) has decided to felicitate a total 8 legendary cricketers from India and Pakistan before the Indo-Pak clash on 19 March at Eden Gardens in Kolkata. Four cricketing greats each from both countries will be felicitated. 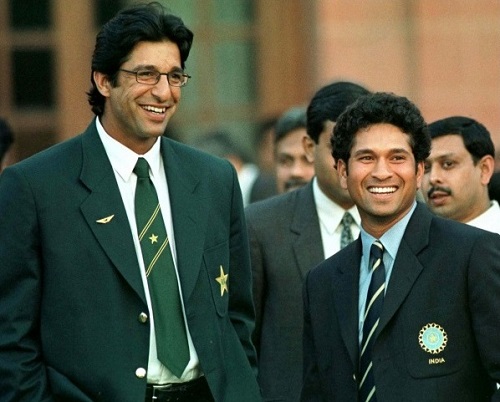 Initially India’s former captain Rahul Dravid was included in this list of players felicitation but due to some issues, Rahul is not attending the event. Hence Virender Sehwag is named in the 8 players list.

A senior CAB official told IANS, “We plan to felicitate four legends each from India and Pakistan. We will be giving them mementos at around 6 in the evening just before the start of the game. Now that Dravid isn’t coming we will felicitate Virender Sehwag.”

Players to be felicitate

The high-voltage match was initially scheduled to play in Dharamsala but due to security reasons it it moved to Kolkata. The India vs Pakistan world t20 2016 match will be 5th meeting between two arch rivals in the history of championship.