One of the biggest cricket matches of 2016 ICC World Twenty20 is on 18th March when Australia will be taking on New Zealand in the Group-2 game. Both teams are coming to this match from winning streak as Kiwis beat world t20 favorites India in the first match of championship whereas Aussies are coming from winning 3 twenty20 match series against South Africa earlier this month.

New Zealand were phenomenal in the opening game of wt20 against India. They really threatened out the hosts to get good start in the group of death. It was really a mind blowing effort from Kiwi bowlers to all out strong Indian bating line up. Kane Williamson’s leadership made hosts down and shocked everybody with the decision of playing with 3 spinners after leaving top pace bowlers like Tim Southee and Trent Boult. 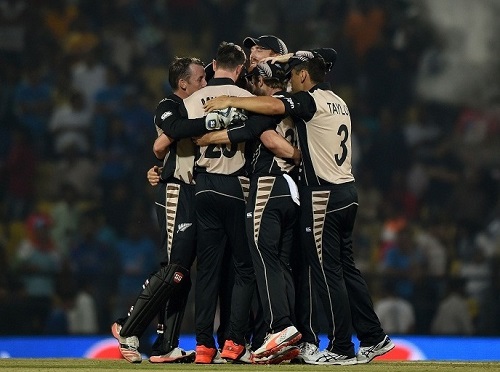 Mitchell Santner, Nathan McCullum and Ish Sodhi bowled really well and took 9 wickets against the team which is known to play spinners good. In this crucial match against Australia, if Kiwis get success to win they will almost through to semis as they will need only one match win either against Pakistan or Bangladesh. Bating is little bit worry for Blackcaps but yeah they have got enough power to thrash any bowling line-up.

On the other hand Australian team will highly be relying on their all-rounders Shane Watson, Glenn Maxwell and James Faulkner. Batting has been doing great for them and introduction of Khawaja in the opening and Warner in the middle overs is really working for them. Steve Smith, Aron Finch are also the key batsmen in the middle overs and top of the order.

The main concern area for Australia is that they are struggling with bowling attack. Bowlers spent a lot of runs in South Africa. Australia is weaken also in spin bowling department as they are not having a quality spinner. Adam Zampa needs to take responsibility to restrict Kiwis on this HPCA stadium in Dharamsala.

Australia will be favorite to win this contest and they have got 53 percent winning chances over New Zealand.

Previous: Gayle breaks McCullum’s record of hitting most T20I sixes
Next: Players list to be felicitated in Indo-Pak wt20 match