Adelaide Strikers have signed up new pace bowler Billy Stanlake for the upcoming 5th season of KFC T20 Big Bash League beginning from 17 December. It will be first occasion when 20-year old Queensland fast bowler to feature in BBL championship. Stanlake had got fantastic domestic season and he was surprised when Adelaide approached to him. 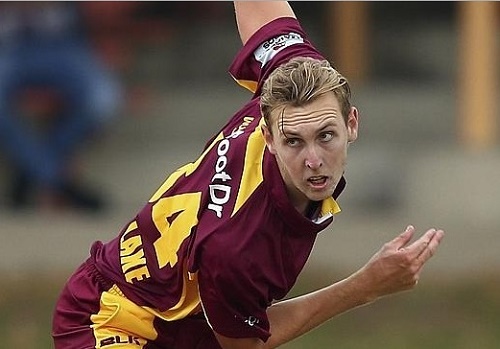 Billy Stanlake said, “It was very exciting news to hear and it came as a pretty big surprise to me. I didn’t expect it but I’m really looking forward to getting down to Adelaide and getting into it.”

Australia cricket national selector Mr. Rod Marsh has mentioned that Billy Stanlake has performed well in his first debuting season for myFoot Dr Queensland Bulls in the Matador BBQs One-Day Cup. This impressed Adelaide Strikers club and they decided to have him for the 2015-16 Big Bash.

Mr. Marsh said, “Billy Stanlake grabbed our attention when he made his debut in this year’s Matador Cup with an intimidating display against South Australia, taking 2-43 from nine overs.”

Adelaide Strikers will be playing their first match of fifth BBL season on 18th December against Melbourne Stars.