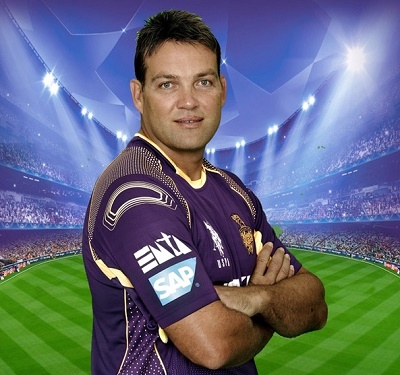 He scored 2427 runs in his entire IPL career and also took 65 wickets in played those 98 games. Kallis got associated with Kolkata club in 2011. He was a part of Royal Challengers Bangalore from 2008 to 2011.

Kallis said, “KKR is my family in India and the association since 2011 has been one of the most enjoyable experiences for me. I look forward to the new challenge and feel honoured to be part of the KKR family.”

Jacques Kallis has replaced England’s Trevor Bayliss as the head coach of KKR in 2016 IPL which is scheduled to kicks off from 9th April. Bayliss coached Kolkata in 2012, 2013, 2014 and 2015 seasons of Indian Premier League.

Kolkata Knight Riders CEO and MD, Venky Mysore said, “We couldn’t be happier that Jacques agreed to take on the role as head coach, making this transition seamless. The respect and regard he commands in the dressing room as well as his fondness for KKR made him our ideal choice.”